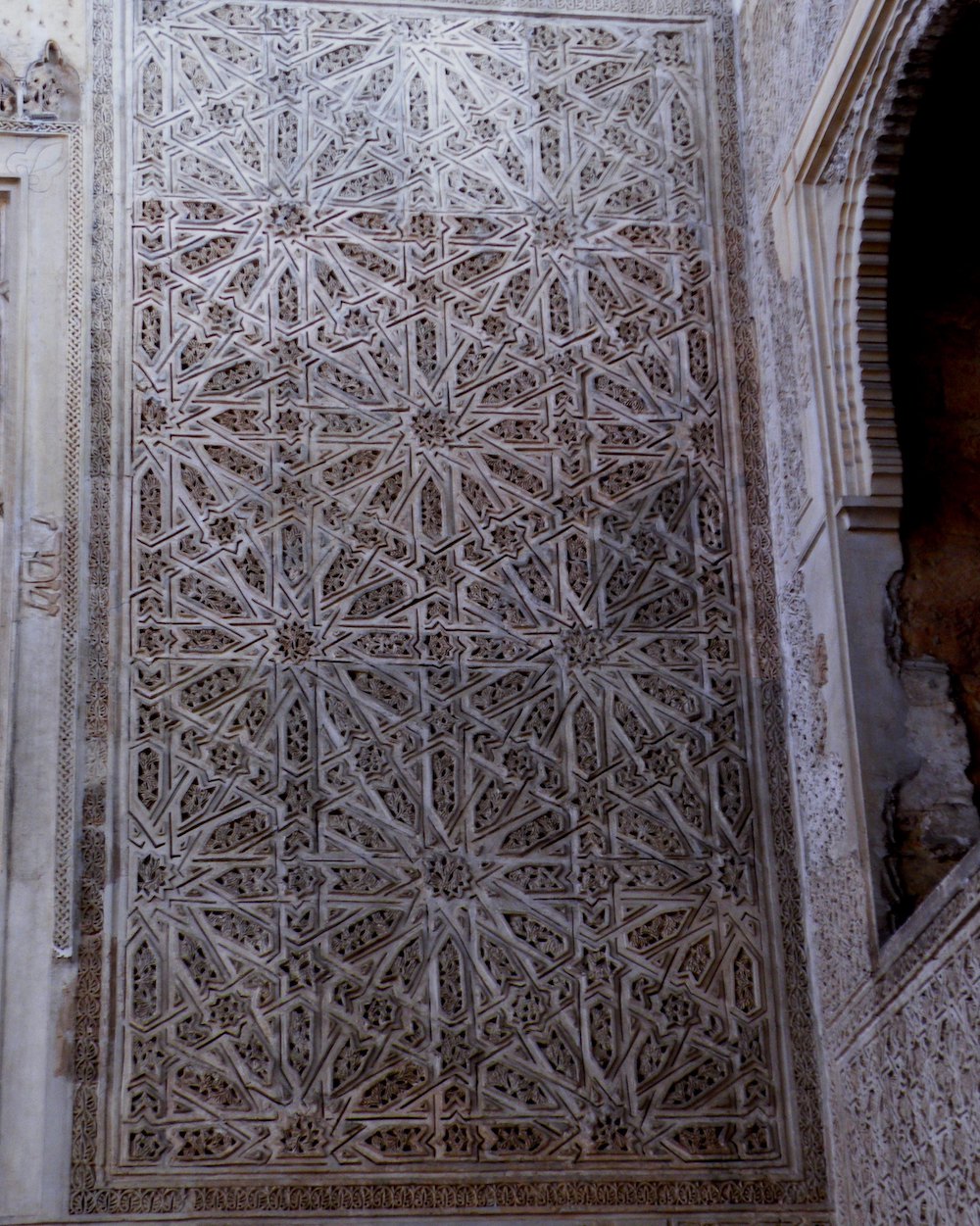 I study and teach mystical texts using academic methods. Some days I feel baffled by what I study. Even defining the term "mysticism" poses challenges. Although there is debate concerning which phenomena fall under the category of "mysticism," in my work, it is any phenomenon which purport to transcend normal human comprehension, be they bodily experiences, readings of sacred texts, or knowledge.

Mysticism presents a good case for examining failure because mystical texts themselves often claim that the things they describe cannot be expressed in language. Mystical texts are often written in a way that obscures their meaning from non-initiates in a particular form of mystical life. Thus, both the subject matter of mysticism, which often transcends linguistic comprehension and articulation, and the style of mystical texts pose significant, if not insurmountable, challenges to understanding. As a scholar and teacher of mysticism, acknowledging my occasional failure to make sense of mystical texts has pushed me to reexamine the appropriateness of my analytical methods, create a more inclusive and stimulating classroom environment, and help deepen my appreciation of mysticism. Experiencing this failure of comprehension, both as a researcher and as a teacher, has been productive. Failing does not mean that one should give up; it humbles us to reexamine our methods, accept the limits of understanding, and appreciate what we are able to understand.

A popular example of a mystical experience that challenges comprehension and straightforward interpretation is found in the sixteenth century mystical autobiography The Life of St. Teresa of Ávila. Describing an experience known as the "transverbation" which has been depicted in famous artworks such as Bernini's Ecstasy of Saint Teresa (1647-1651) Teresa writes:

Beside me, on the left hand, appeared an angel in bodily form…In his hands I saw a great golden spear, and at the iron tip there appeared to be a point of fire. This he plunged into my heart several times so that it permeated to my entrails. When he pulled it out, I felt that he took them with it, and left me utterly consumed by the great love of God (The Life of Saint Teresa of Avila by Herself. Penguin Books, 1957, p.210).

How can I, a twenty-first century secular scholar, make sense of this using the academic methods in which I have been trained? I can ask generative questions of this text that a religious studies scholar like myself might, such as: what conceptual framework does Teresa employ in writing her account? How does this text reflect something about the author's historical context? How has Teresa's account influenced subsequent expressions of mystical experience or the history of Christian thought?

While answering these questions provides some insight into the text, at some point, my comprehension runs out. I have failed, in a sense, to overcome the gap between my own subjectivity and that of a sixteenth century female mystic. Yet, from the outset, I know I cannot fully understand Teresa's experience. I must accept the limits of my own comprehension and press on. Although I apply the academic tools I have honed (such as the critical analysis of texts in their historical context and the phenomenology of religion), mysticism does not readily avail itself to analysis using traditional academic methods.

As a scholar, I strive to comprehend mystical texts to explicate them and make arguments with them (the stock-in-trade of academia) to contribute to academic knowledge. This is often a reductionist enterprise insofar as it takes primary sources which purport to contain accounts of ineffable experience or superhuman knowledge and explain them in academic, human terms. I worry that this failure to grasp the meaning and significance of mystical texts suggests not that I am applying scholarly tools improperly, but that the tools of academic scholarship are inadequate to understanding the most meaningful aspects of mystical texts. The possibility of such a radical failure is productive in that it has made me more attuned to the historical-critical and comparative methods I employ and to work towards the development of new methods. I can locate Teresa's text in the history of Christian mysticism, determining which texts and ideas influenced her and recognizing what is new and innovative in her account. I can compare her report of her mystical experience to other accounts of mystical experience from other cultural contexts. Even though I feel incapable of fully understanding it, I find Teresa's account valuable as an account of the possibilities of human experience. Her mystical autobiography abounds with profound and poetic accounts of her own remarkable experiences.

Teaching mysticism only compounds these difficulties. In my mysticism seminar, I aim to facilitate my students' ability to ask insightful questions about texts and to explain the process of trying to understand them. While students often expect that their instructor has a thorough grasp of the course material, I subvert that expectation by making the experience of understanding mystical texts a more collaborative experience by working together to make sense of them. When confusion inevitably arises, I frame it as both a legitimate response to the challenging and esoteric course material and an opportunity to work through it. I do not purport to have the ability to answer all their questions about the course material, but I can help students develop the skills to begin to understand them. I endeavor to decenter my role as an authority and have a more inclusive pedagogy by acknowledging my vexation with the text. Naming my own frustration and failures of comprehension fosters a learning environment in which students can express their own confusion and difficulties. In high school and college, where many students guard their grade point averages, they are not allowed to fail. Opening a space where failing is not only allowed but normalized allows students to reflect upon their learning processes and work through issues without the worry that admitting one's struggles with negatively impact their grade.

We know that the authors of mystical texts often relied upon symbols that they used to conceal their esoteric meaning. For Jewish mystics or initiates in kabbalah, it is axiomatic that the truth about the divine realm is hidden and that the Hebrew Bible is a symbolic text that encodes profound mysteries. Here is a foundational work of the Jewish mystical tradition which first appeared in the late thirteenth century in Spain known as the Zohar (The Book of Splendor) that illustrates some of the challenges inherent in studying and teaching mystical texts:

Rabbi Yehuda opened: “Her Husband is known in the gates when he sits among the elders of the land” (Prov. 31:23). Come and see: The Blessed Holy One has ascended in glory. He is hidden, concealed, far beyond. There is no one in the world, nor has there ever been, who can understand his wisdom or withstand him. He is hidden, concealed, transcendent, beyond, beyond…. Rabbi Shimon said: “Her Husband is known in the gates.’ Who are these gates? The ones addressed in the Psalm: ‘O gates, lift up your heads! Be lifted up, openings to eternity, so the King of Glory may come!’ (Ps. 24:7). Through these gates, these spheres on high, the Blessed Holy One becomes known. Were it not so, no one could commune with him.” (Zohar I:103a-b in From the Depth of the Well: An Anthology of Jewish Mysticism, edited by Ariel Evan Mayse, Paulist Press, 2014, pp.49-50).

The authors of the Zohar expect that a reader of their texts would be an initiate in kabbalah and would understand that “gates, these spheres on high” refer to the components of divinity known as sefirot. The “husband” is associated with one of the components of divinity known as Tiferet (beauty). Tiferet is the “husband” of another aspect of divinity, the Shekhinah, the feminine aspect of divinity. The biblical verses they quote share the word “gates,” which links these two verses together and allows the Zohar to explain Prov. 31:23 with Ps. 24:7. This passage also hints at a deeper theme of mysticism: that some forms of knowledge are elusive, beyond normal human comprehension. Mystical texts such as the Zohar conceal their own meaning, even as they acknowledge this concealment.

Students often initially find kabbalistic texts bewildering because they are not usually acquainted with kabbalistic symbols and forms of thought. Thus, when teaching kabbalah, I do not just guide my students through kabbalistic symbolism, but I attempt to help them cultivate an intuition for recognizing symbolic meanings, patterns of thought, and how kabbalists reference biblical verses in their writings.

Studying mystical texts often involves a great deal of frustration—for students and teachers alike. This difficulty is compounded by the wealth of technical terminology in kabbalah, most of which translates poorly from Hebrew and Aramaic into English. Even the secondary literature aimed at introducing kabbalah abounds in untranslated jargon. Despite these challenges, I can model the scholarly virtues required to work with mystical texts: persistence, patience, and acceptance of our own limitations. This recognition of the difficulty involved in studying mystical texts and the elusiveness of their meaning is built into the infrastructure of my course: I develop assignments which encourage students to develop good reading practices and analytical processes. The criteria for assessment are the extent to which students can explain and justify their interpretation of texts, bringing learned background knowledge to their interpretation of mystical texts, rather than if their reading is “correct.”

In other words, my criteria for assessment evaluates how clearly students employ the methods studied in the class in writing about mystical texts. When failing to understand mystical texts is a real possibility, focusing on methods is not only necessary given the inherent difficulties of understanding mystical texts with academic methods, but important in helping students to recognize the importance of developing their analytical reading skills regardless of whether their reading is “correct.”

Studying religion is difficult. Studying mysticism is exceptionally challenging. Acknowledging that frustration is natural, the learning is slow, and despite our best efforts, we may fall short. But the failure to comprehend or understand a given text does not mean that our learning is for naught. We can try our best to understand a world very different from our own. Or, if we fail to understand mysticism, we can nonetheless appreciate the possible ways of being human in the incredible experiences and distinctive worldviews encountered in texts.

Brian Hillman is a Ph.D. candidate in the Department of Religious Studies at Indiana University Bloomington, specializing in Modern Jewish Thought and Kabbalah. His dissertation is titled Textual Authority and Jewish Modernity: The Case of the Lithuanian Mithnagdim.