Webs of Knowing: Birth and Religion 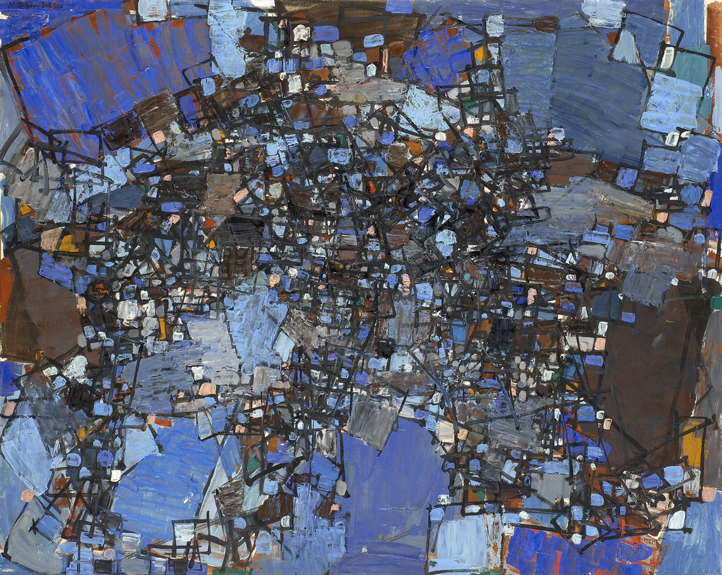 "Commentary on Islamic Law by Sadr Al-Shari'a." This commentarial text of Islamic law was written by the 14th century Hanafi jurist Abdullah Ibn Masood Al-Bukhari Al-Hanafi, also known as Sadr Al-Shari’a (d. 1346 AD). It addresses personal and societal rites and issues such as funerals, orphans, and charity, as well as ritual matters of prayer and fasting.

Stoning. Hand-cutting. Lashes. These are some images often used to represent shariah in Western media and pop culture. For both western critics and modern Islamic reformers these punishments also exemplify some of the most contentious aspects of Islamic law.

There are two general categories of punishments that define the medieval Islamicate regulatory system: the first type known as hadd are clearly specified and fixed Quranic punishments imposed for crimes regarded as violating the “rights of God,” while the second type referred to as tazir encompass penalties left to the discretionary authority of the judge. While most crimes fall under the latter category, a handful of crimes (five or six depending on the legal school) are included in the former group, including certain kinds of theft, apostasy, robbery and adultery.[1]

Jonathon Brown elaborates on the unique status of hadd punishments in Islamic law, and expounds upon how, unlike crimes that violate the rights of people and thus “have to be restituted because those people have suffered actual damage or loss,”[2] in hadd cases, since God is not actually injured by such violations, “it is God’s mercy that defines Islamic legal procedure.”[3] Thus to “maximize mercy”, medieval Islamic jurists constructed a system in which this “harsh regime of punishments [existed] alongside a nearly unreachable standard of proof.”[4] Indeed, even the slightest doubt or ambiguity made the imposition of hadd punishments impossible.

When teaching about hadd, Brown shares that many of his students often ask: “‘Why have punishments you’re not going to apply?’”[5] This straightforward question is not only especially pertinent in the postcolonial period when such punishments are mostly “absent from the legal stage”[6] but also strikes at the core of key debates regarding how scholars should read Islamic law as either a “model of” or a “model for” society and on the role and function of law in society more broadly. Moreover, I suggest that in probing the reasons for the presence of laws that “God’s mercy makes impossible to apply”[7], Brown’s piece is also potentially instructive in helping us expand and re(think) dominant notions of scripture.

Winfred Cantwell Smith famously argued that the “quality of being scripture is not an attribute of texts.”[8] Rather, he claimed that scripture “is a characteristic of the attitude of persons – groups of persons – to what outsiders perceive as texts. It denotes a relation between a people and a text.”[9] In elaborating on this relational quality, Smith further contends that even the term “attitude” doesn’t quite capture this dynamic since it continues to treat these texts as “a priori fact” rather than conceiving of scripture as an “on-going” process that communities and people repeatedly engage in[10]. If we adopt Cantwell’s definition of scripture as a relation, then we – as students - must ask: what kind of relational dynamic would cause a community to simultaneously uphold certain punishments as not only authoritative, but as fixed and unchangeable, and yet rarely apply them? What kind of scripture is this?

In the case of hadd punishments, Brown argues that medieval Muslim jurists did not regard authoritativeness to imply widespread application. Rather, they were primarily concerned that the Muslim community “believe that the Shariah is ideal law and that the hudud are valid in theory.”[11] Importantly, he explains that most of the crimes included as incurring hadd punishments were “not necessarily regarded as the most egregious [such as murder ], but often those performed in private [such as certain forms of theft, adultery or consumption of alcohol], and thus “done out of the sight of all but God.””[12] Consequently, he contends that these punishments perhaps existed chiefly to “remind people of the enormity of the sins that they usually get away with.”[13]

In short, approaching hadd punishments as “reminders” as opposed to simply “rulings” completely alters our engagement with, and understanding of, their function. Arguably, because shariah has often been treated as coterminous with modern codified law, scholars have often failed to critically examine the assumptions they make about the kind of relationship medieval Islamic jurists and the broader Muslim community had with these texts. However, by focusing less on the content of the statements, and more on unpacking this assumed relational dynamic, we, as students can better understand the lived Muslim experience(s) of shariah.

In thinking about scriptures less as authoritative texts, but as denoting a particular kind of relation, scholars can similarly move beyond the tendency to circumscribe “scripture” to simply written texts. Instead, they may come to view scriptures as works known only by way of interpretation and commentary, in which case they cannot treated as “books” at all. By tracking the varieties of relationships that people and communities have had with these works (the way they have been known, read, commented upon, applied, performed, and recited) scholars can consequently begin to move away from thinking about scriptures as closed, bounded and definable texts with boundaries.

In the case of Islamic legal texts, this is true even at the level of textual production. Brinkley Messick for instance has highlighted the “spiral” and “open” nature of medieval Islamicate textual production in which the “matn/sharh, text/commentary relationship was a fundamental one.”[14] He elaborates that “the written literature of shari'a jurisprudence, for example, developed largely by means of interpretive elaborations on basic texts.”[15] Indeed, as he notes, it often becomes exceedingly difficult to demarcate the text from the commentary in this “spiral” production.

In short, thinking with Cantwell’s notion of scripture as “bilateral relation” alongside Messick’s notion of the “open” and “spiral” as opposed to “close” and “straightened” nature of Islamic textual production, and Brown’s understanding of hadd punishments as possible rejoinders, we can learn something important about scripture. Together, their work highlights the necessity of broadening the category of scripture beyond authoritative and bounded texts to unique, on-going, and open relationships. This, more expansive definition not only opens new avenues for scholars to think about “scripture” beyond comparing the “content” of a range of written texts, but also highlights the pitfalls in teaching about religion primarily in terms of what it “says” and thus continuing to treat it as “a priori fact”. Further, it also underscores the potential of theorizing scripture (as naming a particular kind of relation) in “other” domains such as law.

Most importantly, in opening scripture in this way, we not only gain a better understanding of the actual religious experiences of different communities but can also find ways to resist Protestant assumptions built into the idea of scripture as a written book, that can be marked off from its interpretation.

Maidah Khalid is a PhD candidate in the Religious Studies Department at IU. Her research centers on the historical development of medieval Islamicate sciences and literary genres, specially the development of Islamic substantive law, legal methodology and theology.