Let the Past Fail Me

Let the Past Fail Me 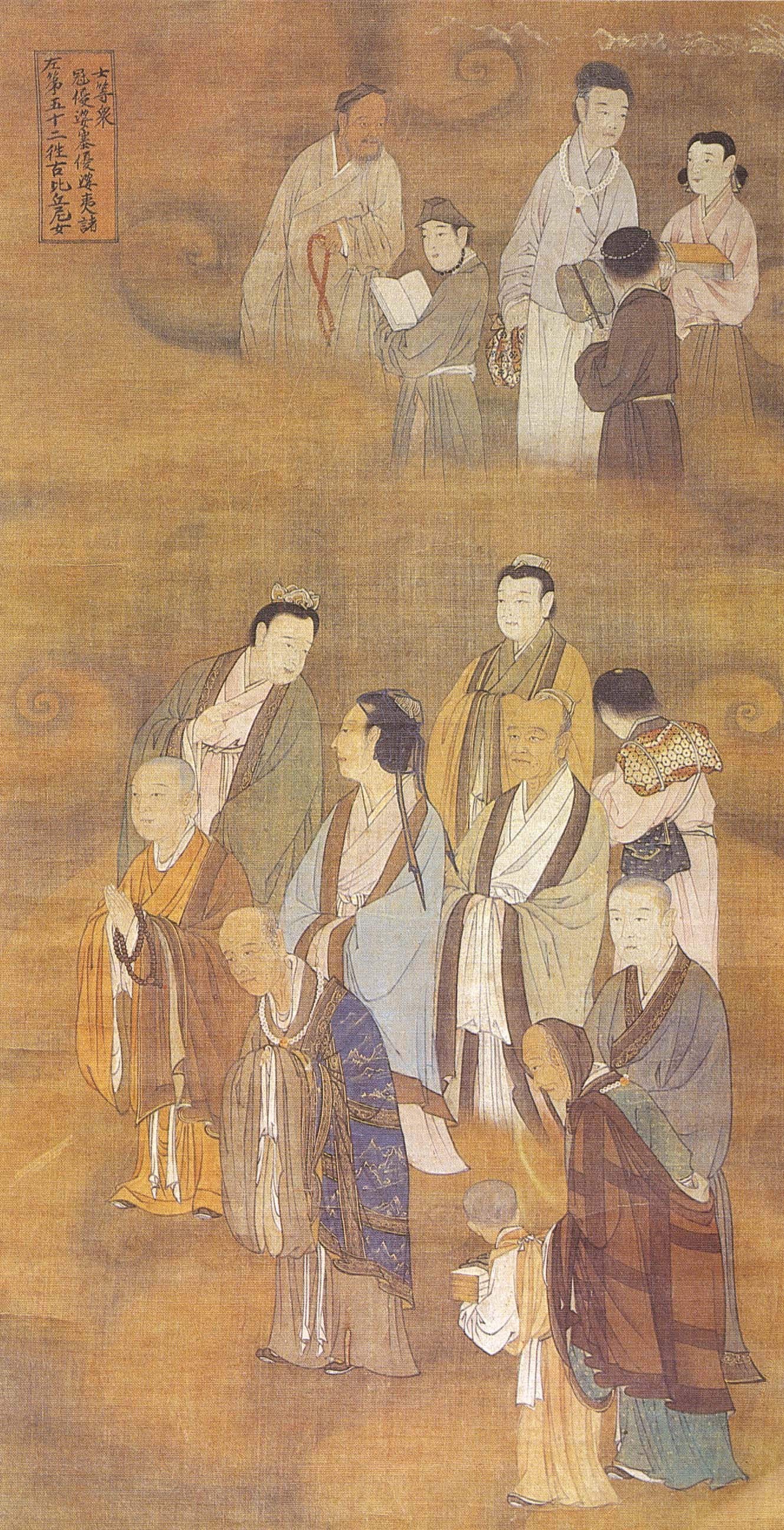 I still remember a conversation with a Taiwanese Buddhist scholar-nun in Professor Kyoko Tokuno’s seminar, “Women and Buddhism,” at University of Washington in 2006. I was a first-year PhD student, just starting to read (and fall in love with) feminist Buddhist scholarship. I was a relentless and naive liberal feminist. I grilled the scholar-nun: “What do you think of the gender inequalities in Buddhist institutions in Taiwan?” “Do you not have to bow to a junior monk just because he is a man and you are a woman?” She said, “We biqiuni (bhikkhunī, fully-ordained Buddhist nun) are not women. We are ‘great gentlemen.’” I thought she was shunning my question, if not indulging in self-deception. I failed to listen. I failed to even try to understand.

I also remember, as the quarter proceeded, my classmates and I began to feel something missing in the feminist Buddhist scholarship that we read, some of which claimed that the essence of Buddhist doctrine (equality, liberation, etc.) has been tainted by so-called “Eastern” and “Western” patriarchies. It seemed to me, though, the demarcation between the “cultural” and the “fundamental” was rather arbitrary. What’s left if we strip away everything that emerged in history? Do we simply pick and choose whatever matches our own values as “fundamental” and others as “cultural”?

I was inspired, though, by the feminist call for reconstructing an “accurate and usable past.” Both accuracy and usability of our knowledge of the past entail critical reflections on our assumptions in the present. In her 1993 book, Buddhism after Patriarchy, Rita Gross pointed out that women were in fact much more active in the Buddhist history than scholars had been aware of because androcentric biases prevented scholars from seeing the presence of women and the significant roles they played. At the same time, Gross emphasized that historians should leave enough information to tell the problems of patriarchy, androcentrism, and misogyny in the past. Both approaches reveal a more accurate past and are usable for a feminist social agenda in different ways.[1]

But what is usable changes over time. Something that is usable for a certain group of people in a specific time and place may not be so for another in another time and place. Historians’ search for women’s agency is relevant and empowering when people wrongfully assume that women were simply victims of patriarchy and had little to contribute to the shaping of history. Such research is inspiring because it presents evidence of women’s many activities, struggles, negotiations, and their influences. When it becomes more widely accepted that no one is simply a passive victim of anything, however, it can be problematic if we continue to just focus on arguing for this thesis: “Women have/had agency,” as if it were possible that some women have/had not. It is also time for us to think again what exactly we are searching for when trying to find traces of women’s agency. To take the younger me for example, I thought the Taiwanese Buddhist scholar-nun could only demonstrate her “agency” by saying what I wanted to hear—that Buddhist institutions discriminate against women and that we should protest. (To be sure, there are continuous efforts within Buddhist institutions in Taiwan to reform and to promote equity and inclusivity. I was so ignorant that I assumed that Buddhists in an Asian country must have less gender consciousness than have Buddhist feminist scholars in the US.) I was not looking for her agency. I was flaunting my own. I was only looking for what I wanted her to say.

If past scholarship failed to see evidence of women’s presence and activities in Buddhist history because of androcentrism, I failed to see the Buddhist scholar-nun’s agency because of my arrogance and lack of imagination. If I were compiling a Buddhist feminist history, I could have excluded the conversation (because the scholar-nun’s answer was not “usable” as a good feminist response) or only included it to show how women internalized patriarchy. I failed to comprehend the rich message within the scholar-nun’s firm and gentle response, “We are not women; we are great gentlemen.”

“Great gentleman” (da zhangfu) is a term used frequently in Chinese Buddhist literature to refer to women, especially nuns, who are advanced in their practice of Dharma. In my book, I argue that in Chinese history, calling someone or oneself a great gentleman did not necessarily mean to identify that woman as a man. Rather, a Buddhist nun was neither a man nor a woman because the categories of “men” and “women” were constructed mainly according to the family and marriage system, which Buddhist monks and nuns renounced in the first place. There were at least four genders: Buddhist monks, Buddhist nuns (great gentlemen), men, and women. It was still gendered. But the modern two-sex model is insufficient to understand that world.[2] Contemporary Chinese-speaking Buddhist nuns continue to call themselves great gentlemen. The message of the scholar-nun at UW was probably not that “Buddhist nuns are no different from monks,” but that “Buddhist nuns and women are different.”

Nirmala Salgado, a scholar of Sri Lankan Buddhism, recounts a similar encounter in her book. She interviewed a senior Sri Lankan bhikkhunī who was engaged in a program that prepared nuns for the upasampada (higher ordination), which has been considered a feminist cause by the local media and the global feminist Buddhist community. Salgado asked the bhikkhunī if she thought that the efforts to revive higher ordination for Buddhist nuns in Sri Lanka could be considered “feminist (strīvādī, literally ‘woman-ism’).” The bhikkhunī’s immediate response was, “We are not women (strī); we are renunciant[s] (pävidi).” Salgado describes how she was taken aback by this response and spent much time pondering what it meant. Rejecting the identity of women does not mean that this senior bhikkhunī was unaware of her gender difference from monks or that her life and practice were not gendered; rather, as Salgado aptly puts it, “Like other nuns I have known, [she] did not see herself as having a gendered identity in the way that one might expect. A nun is first and foremost a celibate renunciant.”[3]

Those conversations are usable not because they reinforce something that we already know or believe, but because they fail our expectations and challenge our assumptions. When I fail to make sense of what I see in a historical record, or when I fail to apprehend someone’s response to my question, maybe that means I am asking a failing question. Such epistemological failure is not unique to the study and teaching of religion. (The secular world, after all, is no less religious, and the religious is no less historical.) The failure that I experienced in studying religion changed the way I study history in general—I realized that I cannot reconstruct an accurate and usable past without letting the past fail me first.

Hsiao-wen Cheng is associate professor of Chinese history and religion at the University of Pennsylvania. Her research focuses on issues related to gender and sexuality, medicine and healing culture, and notions of norm and normalcy.