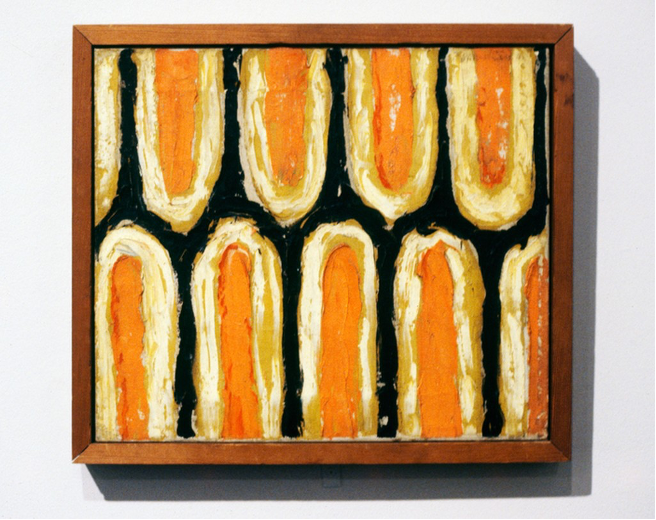 The third-century Christian theologian and teacher Origen of Alexandria is said to have castrated himself. As the church historian Eusebius of Caesarea recounts the event, Origen took such action to preempt any suspicion aroused by his teaching of young women and men, and furthermore to inscribe upon his body the meaning of Matthew 18:12: “There are eunuchs who have made themselves eunuchs on account of the kingdom of heaven.” In equal measure fond and patronizing, Eusebius describes Origen’s choice as “characteristic of an incompletely developed and young mind,” but also “great evidence of faith and self-control.” Origen’s moral rectitude even in youthful zeal is suggested by the fact that he kept his castration secret from his students. Where Eusebius characterizes Origen’s castration as a well-meaning if misguided interpretation of Scripture privately undertaken to maintain propriety in the classroom, others were not so charitable. Epiphanius of Salamis polemically connects Origen’s castration to a larger hermeneutic and pedagogical project of “alluring” his students to sin by “disguis[ing] himself and issu[ing] mortally dangerous exegeses.” Both accounts figure Origen as a sexual and religious deviant; for Eusebius, Origen read too literally and acted too rashly upon his sex, and for Epiphanius, his bodily and interpretive practices brought ruin to the young. In either portrait, the publicity of Origen’s hermeneutic and bodily practices in the classroom are of central moral concern.

Although much could be said about the narrative of Origen’s self-castration, here I take it as an opportunity to think through the perils and possibilities of practice in the classroom. What does it mean, in Origen’s case as well as ours, to practice what we teach, and so to appear in the pedagogical scene marked by religious, gendered, or sexual difference? How are certain practices bracketed from the classroom space by, among other things, the stories we tell about Religious Studies and its aims? By this I mean the common, almost rote distinction of theology from the study of religion in terms of practice: theologians practice, scholars of religion observe. In Religious Studies departments at public universities, we do not “teach religion,” because this suggests the constitutional sin of alluring students into the practice of religion. Rather, we “teach about religion.” I take note from Winnifred Fallers Sullivan’s and Sarah Imhoff’s criticisms of this distinction and its misplacement at the center of Religious Studies, and I join the project of Teaching Religion in Public (notice the absent “about”) to explore what else can happen in a classroom when we acknowledge the many and entangled forms of practice—interpretive, religious, gendered, sexual, and so on—that haunt and animate teaching and learning. Teaching religion in public could mean teaching practice, and being open to what practice might teach.

We are all practitioners of many things, but my concern here is with those whose practices of religion, sexuality, and gender represent what Eve Sedgwick called an “open secret”—practices that are known (or at least assumed), and yet because of their supposed deviance, inexpressible in the classroom. The catechist who castrates himself to avoid suspicion but nevertheless conceals the act is an open secret, as are the gay student, the religious scholar, and others. The open secret structure persists because there is danger in appearing to be one who practices. Piety and sexuality, in the classroom or other publics, are often treated as properly private possessions that, if articulated, present themselves as an inconvenient or overly ardent publication—as in the common formulations “openly gay” and “devoutly religious.” In the classroom, we fear that publicizing our confessional attachments will discredit us as balanced educators and responsible guardians of the public-private line. We then project this fear onto students when we begin each semester by warning them of the separation between “Theology” and “Religious Studies.” As queer and trans teachers, we understandably fear the accusation of abusive grooming triggered solely by the visibility of our difference. Think of the homophobic residue of the word “flaunt.” Think of Epiphanius’ words on Origen’s teaching, or more recently, Graham Linehan’s on UC Berkeley professor Grace Lavery. That these anxieties permeate to our students is clear even from my office hours in the first week of any semester, which I have often joked is confessional time for gay and religious students. These students feel moved to notify me of their identities, as if their contributions will be compromised in some way by their linkage to religious or sexual practice (and as if I need to be forewarned). This anxiety is the underside of a range of classroom affects, from the feigned detachment of our “religion and theology” speeches to the laughter and ire that enforce other normative boundaries.

In the twelfth century, Christian theologian Honorius of Autun wrote that Mary Magdalene took up a life of desert asceticism after the crucifixion, resulting in an iconographic tradition wherein she was often depicted completely covered in hair, like her fellow desert “harlot” St. Mary of Egypt. As a Master’s student, I once sat in on an undergraduate class of almost entirely women, in which in the topic of the day was Mary Magdalene. As the slide transitioned from biblical text to an image of Donatello’s sculpture of the ascetic Magdalene shrouded in her own hair, laughter erupted in the classroom. I don’t mean that a few students chuckled, in a moment of nervousness or confusion as brief as its own dissipation. This was a riotous laughter that continued for the duration of the image’s discussion, in which many students expressed their disgust and embarrassment. “Why is she so hairy?” the class wondered together. (Indeed, a Google search for this image pulled up numerous pages that ask the same question, or more colorfully, “WTF Art History?”)

As it happens, I am somewhat hirsute myself, and the day of this outburst was quite warm. The shorts I wore to this class revealed my “unfeminine” leg hair, and although I did not have Magdalene’s long locks, we were joined in that moment as backwards and deviant subjects. Our practices of hair growth (or in other terms, our failure to practice proper feminine grooming) made us the open secrets, perversions displayed and laughed at so that onlookers might deny their own contiguity or resemblance. The light of the projected Magdalene shone onto all the students in the room, but apparently only upon the surface of my skin would the question snag: “Why is she so hairy?” The problem that I am identifying is also temporal. Magdalene’s ascetic practice was marked both as gender deviance and as the medieval, Christian bizarre, an entanglement that reinforces normative ideals of gender and its present practice(s). To teach prepositionally—“about” religion or gender—can guard a temporal or spatial distance between us and our subjects, and that gap can all too quickly fill with the cruel laughter of disidentification. There are practitioners (or those who dream of practicing) in every classroom who hear this laughter and carry its barbs with them.

What if, instead, these students had been encouraged to imagine life at the extremes of religious and gendered practice, lives like Magdalene’s or Origen’s, not only as understandable or livable, but even desirable? Rather than representing relics of an archaic past or zealots who took practice a little too far, these figures offer opportunities to challenge and reimagine our normative assumptions of what bodies look like and what they can do and mean. Rather than teaching “about” religious, gendered, or sexual practices as historical oddity or cultural diversity to be tolerated, we might dare to speak and teach them as open possibilities—ways of thinking and being in the world and in the classroom (as an extension of that world, but also a space of its critique and transformation). This work could begin with deceptively simple questions: Why shouldn’t she be so hairy? Why shouldn’t Origen have desired castration? In Epistemology of the Closet, Sedgwick writes that “In dealing with an open-secret structure, it’s only by being shameless about risking the obvious that we happen into the vicinity of the transformative.” Teaching practice is a risk that could lead us just here, to the practice of justice for ourselves, our students, and our subjects.

Josie Wenig is a Ph.D. student in the Department of Religious Studies at Indiana University Bloomington. They study discourses of agency and materiality between Christian asceticism, transgender politics, and feminist theory.