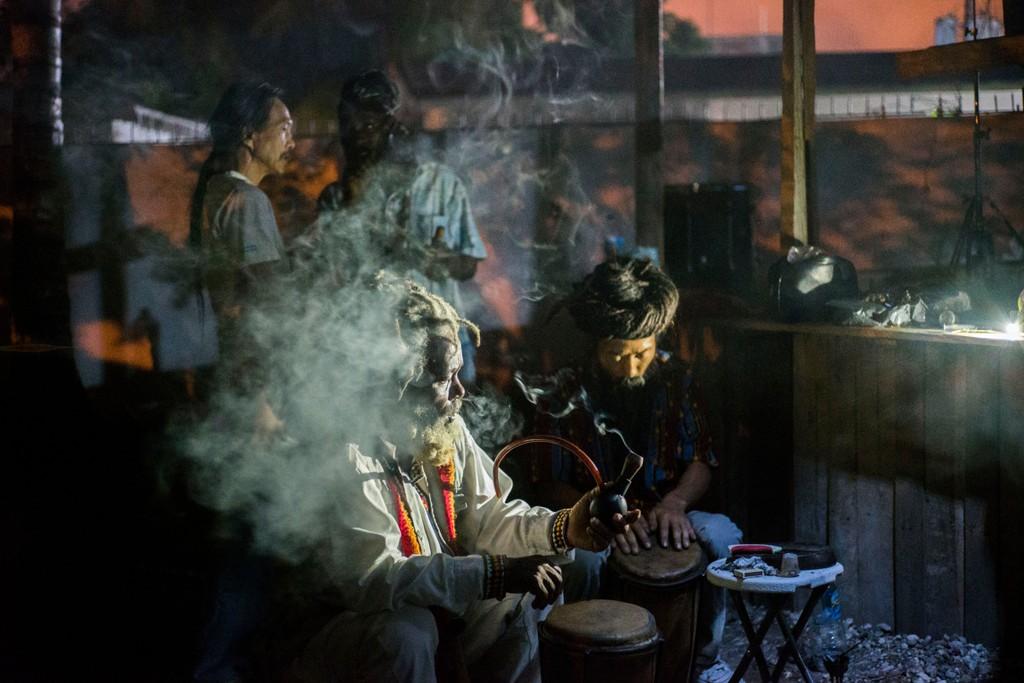 Coming of age in Jamaica in the 1960s and 1970s, I had hazy notions of Rastafari on the periphery of my consciousness. My vague notions of the movement filtered in from multiple sources. While no adherent of Rastafari resided in my rural community, a vibrant ganja (marijuana) culture existed and at least two individuals (brothers) had adopted Rastafari-sounding monikers: Jah and Niaah.  By the early 1970s, poetic articulation of Rastafari themes in the emerging reggae music increasingly flowed through our transistor radios. So much so that throughout the 1970s, politicians, in electioneering campaigns, co-opted Rastafari language and symbols to gain political advantage among the Jamaica populace.

Closer to home, my cousin (with whom I grew up) jolted our family by declaring his embrace of Rastafari principles on his return home after his first semester at Mico College (Kingston, Jamaica) in the early 1970s. When I attended Bible college in Savanna-la-mar, Jamaica, in the mid to late 1970s, I occasionally engaged Rastas who wandered onto to campus. In conversations, they ran circles around me because of my ignorance of their philosophical/ theological orientations, their deconstruction of the English Language, and their creative reconfiguring of linguistic expressions to convey their understanding of the world and themselves. Not until I wrote a research paper at Jamaica Theological Seminary did I come to an understanding (“overstanding” in Rastafari) of the world of Rastafari. Eventually, I wrote my doctoral thesis of the entrenchment of Rastafari in Jamaican society. Now, I am teaching a seminar entitled “Rastafari: Movement of Jah People” to undergraduates at Kenyon College.

My students, who are mostly white and mostly male, often come to my course with similarly hazy notions of what Rastafari is about. Their exposure and focus are often limited to dreadlocks, reggae music, and the imagined copious use of ganja (marijuana) in Rastafari. Even for students from Jamaica, who have been educated in elite high schools, Rastafari only exists on the periphery of their personal experiences and all but absent from their formal education.  Hence a major challenge and objective of the class is to enable students to perceive (and penetrate, as Rastas would say) what lies behind and beyond the manifest features of the movement.

Rastafari represents an assumption of cultural and epistemological agency by what postcolonial scholars, echoing Antonio Gramsci, call the subaltern. In a similar vein, University of the West Indies scholar of cultural studies, Jahlani Niaah (and others), sees Rastafari and as an instantiation of “folk philosophy” that rejects the dominant epistemologies and ideologies of the Jamaica and the West.[1] Consequently, any study of Rastafari must begin with an awareness that it is a critique and analysis of Western society from the margins, the “out class,” or what the Trinidadians call the jamette. Simultaneously, it is an uprising of a people determined to be “liberated from the obscurity of themselves,” in the words of Rex Nettleford, eminent scholar of Caribbean culture.[2]

In dissecting the vaunted pillars of Western society constructed with the blood and on the backs of enslaved Africans, displaced indigenous peoples, and indentured Asians, Rastafari finds the spirit of ancient Babylonia alive and well and operating in the modern world.  Their designation of the West as Babylon makes sense because it matches the expansionism, military conquests, enslavement, and exploitation employed by Babylonia of Mesopotamia which once dominated the Near East. Rastafari also ruptures the colonizing imperialist cultural project that condescendingly sought to remake the colonized into denuded cultural replicas of the colonizers.  Rastafari troubadour Bob Marley aptly expresses the resulting new cultural consciousness:

“You can’t educate us, for no equal opportunity; we are what we are; and that the way it’s going to be.”[3]

I design my course as a seminar that privileges critical analysis and informed discussion. With the objective of engendering an understanding of Rastafari against the historical backdrop of colonialism and contemporary structures of the West, I assign resources that highlight the following: Rastafari as part of a broader quest for liberation and African identity in the Americas; the creative activism of first and second generation Rastas; the import of the major tenets (Babylon, Zion, InI, lion, etc.) of the movement; the significance of major elements of Rastafari culture (dreadlocks, ital livity, ganja smoking, “reasoning”); gender discourse and issues in Rastafari; the global spread of Rastafari (including repatriation); and the influence of  Rastafari on creative cultural production such as music, visual arts, and literary works. 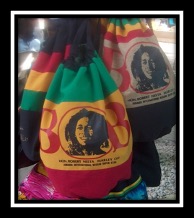 Since most of my students come to the course with rather limited knowledge of Rastafari, my first reading assignment is Rastafari: A Very Short Introduction (Ennis B. Edmonds, 2012). Although this text deliberately seeks to appeal to a wider audience beyond the academy, it engages the ideational and cultural components, the cultural and practices, and the trajectory of the history of Rastafari. Thus, it provides students with the language and vocabulary necessary for the critical analysis and informed discussion of the more academic works that we read throughout the semester.

I usually offer this course at three-hour seminar during the afternoon one a week (it may work better as eighty minutes sessions twice a well to escape the inevitable fatigue that sets in the afternoon). Each class session takes up a theme (e.g., repatriation, InI consciousness, ritual smoking of ganja, levity, etc). All students prepare for the class by reading three assigned readings on the theme and posting a comment on one of the readings and a question an another. Some of the comments and questions become part of the in-class discussion. One or two students are assigned to prepare a research poster utilizing the assigned readings and at least two other sources.

The first half of the class begins with a mini lecture in which I give context to the readings and/provide information not directly covered. The assigned students then present their research posters on the topic, followed by a discussion emerging from the presentations, the postings on the readings, and questions raised by the professors.

The second half of the class can take various forms. Experts in Rastafari studies sometimes attend the class remotely to give talks and lead discussions. Some days we utilize videos/video clips to highlight aspects of the topic. For example, one the day when discuss gender issues in Rastafari, we may watch and discuss two video clips—one of a former beauty queen discussing why she abandoned the stage and found meaning and fulfillment in Rastafari, and the other of a fashionista who abandoned Rastafari because of its perceived hypocrisy and restrictive gender roles for women.  In discussing Bob Marley’s role in the spread of Rastafari, we show clips of his performances and interviews and play and discuss songs in which he gives voice to perspectives rooted in his Rastafari consciousness.

Whatever approach we take, we try to balance structure with some openness to permit the discussion to take us into unexpected directions because of students interpretation or questions arising from the readings or viewing of videos or images. Obviously, other pedagogical strategies may be used to elucidate the subject.

Below, I provide four lists of resources:

While these works may not all find their way to the reading assignments on the course syllabus, a selection will support the knowledge base of background information for instructor and student alike. 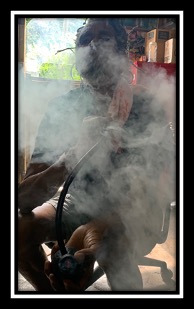 Though Rastafari emerged in Jamaica in the early 1930s, it stands in a long history of black resistance against European hegemony. Hence this first grouping of readings seek to locate Rastafari in the historical tradition of Ethiopianism and black nationalism that endeavored to create ideational and cultural spaces to affirm African cultural identity and heritage in the face of European oppression and repression. Some are primary sources written by forerunners of Rastafari and others by Rastafari adepts (including poetry and song lyrics). Included are also academic articles that place Rastafari in the tradition of resistance against European political and cultural domination.

Forsythe, Dennis. Rastafari: For the Healing of the Nations. One Drop Books, 1999.

Prior to 1960s, most of the written accounts about Rastafari were newspaper reports which concentrated mainly on laws enforcement encounters with members of the movement. Since George Eaton Simpson’s 1955 article on his observations of Rastas in Kingston, social scientists have trained their ethnographic lenses on the movement and have produced a growing body of works in Jamaica and around the world. This list is just a representative sample of those works.

Bonacci, Giulia. Exodus! Heirs and Pioneers, Rastafari and the Return to Ethiopia.
The Press, University of the West Indies, 2015.

Homiak, John P. “From Yard to Nation: Rastafari and the Politics of Eldership at Home and Abroad.” In Ay Bobo 3: Rastafari (Afro-Caribbean Cults: Resistance and Identity), Vervuert, 1994.
Helene Lee, The First Rasta: Leonard Howell and the Rise of Rastafarianism. Lawrence Hill Books, 2003.

Erin MacLeod, Visions of Zion: Ethiopians and Rastafari in the Search for the Promised Lands. NYU Press, 2014. 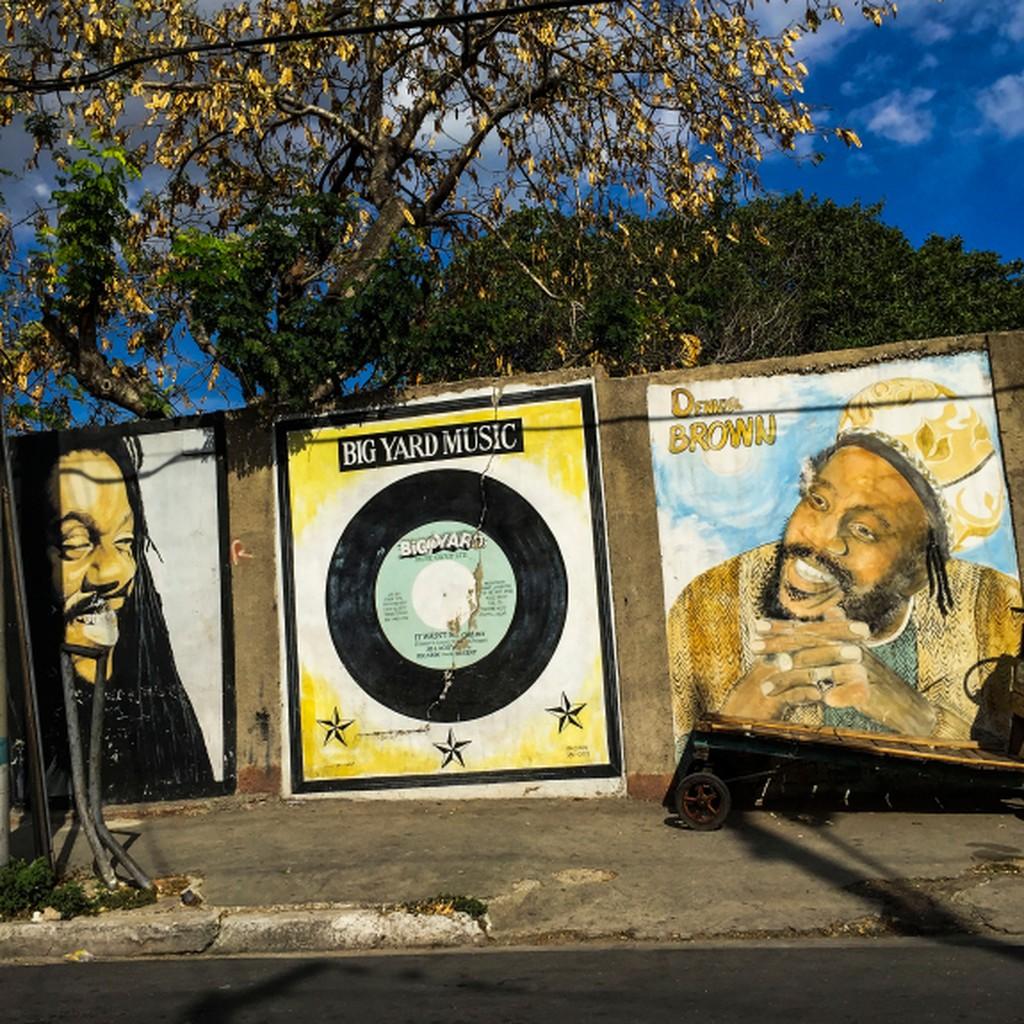 In recent decades, scholars of Rastafari studies have engaged in interpretive and theoretical readings of the Rastafari phenomenon. Going beyond descriptive renderings, they have sought to tease out the implications of Rastafari on such issues as race, identity, cultural and political change, and gender discourse. While some of the following texts are single-authored, others are edited volumes with a wide collection of articles that reflect on an array of issues including the challenges and trajectories of aspects of the movement.

Monique A. Bedasse, Jah Kingdom: Rastafarians, Tanzania, and Pan-Africanism in the Age of Decolonization. UNC Press, 2017.

Edmonds, Ennis B. Rastafari: From Outcasts to Culture Bearers, Oxford University Press, 2003.
Hutton, Clinton A., Michael Barnett, D. A. Dunkley, and Jahlani Niaah, editors. Leonard Percival Howell and the Genesis of Rastafari. The Press, University of the West Indies, 2015. 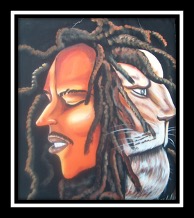 If you ask a Rasta what the movement is about, you are likely to hear in response, “It’s a culture.” In other words, Rastafari is a total way of life, not just a religion relegated to certain activities. As part of this culture, Rastas have always shown a predilection for expressive artistic endeavors, especially music and visual arts. The following resources give us a window into how Rastafari have shaped creative and artistic endeavors.

Ennis B. Edmonds is the Donald L. Rogan Professor of Religious Studies at Kenyon College, where he has taught since 2003. Edmonds holds a PhD is Religion and Society from Drew University (Madison, NJ) and has teaching and research expertise primarily in Religion and Society in the United States and African Diaspora Spirituality. In addition, he has studied and taught courses on Religion and Popular Culture. Among his publications are Rastafari: A Very Short Introduction (Oxford, 2012), Caribbean Religious History: An Introduction (with Michelle Gonzalez, NYU Press, 2010), and Rastafari: From Outcasts to Cultural Bearers (Oxford, 2003).